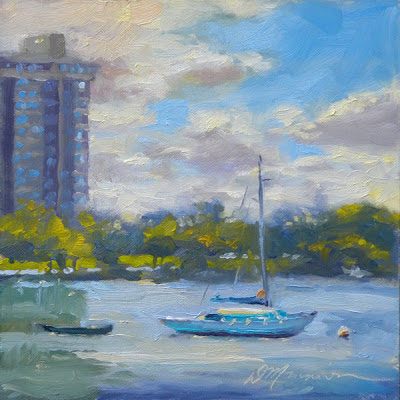 Beware of Parking in Sarasota

Found a cluster of Light Chasers painters under a shady tree this morning in Sarasota.  Nice breeze, pleasant company.   A tourist stopped to tell us that said he had a sister that was an artist and she was REALLY good.  Set up my easel and painted for about an hour and a half.  My car was parked in a three hour zone.
A ticket was on the windshield when I returned!  Thought it must be a mistake and didn't read it until I got home.  I knew I was well under the time limit.  Well.... I was charged thirty-five dollars for backing into a parking space!  I had noticed a nice shady spot and pulled in backwards, thinking it would be easier to pull out when I was ready to leave.  Never ever heard of getting a ticket for this.  So, beware of parking in Sarasota!
A few Light Chasers in the shade. 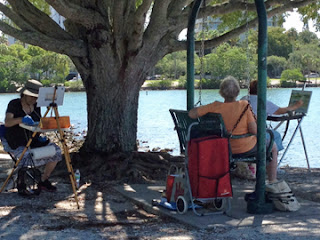 Photo reference of my view for adding details later. 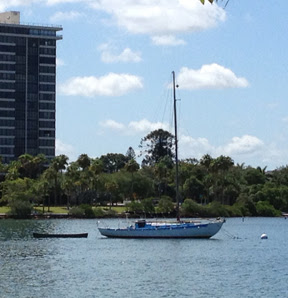 My thumbnail sketch and notes. 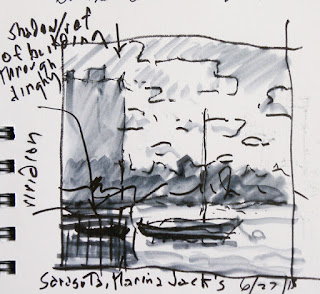