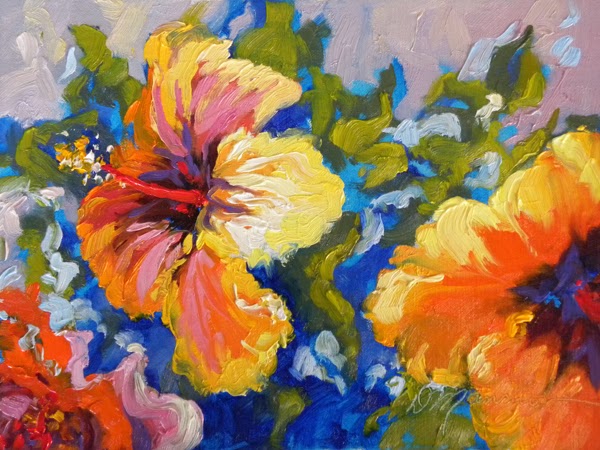 Painted something quite similar last year as a demo at Ringling Englewood Art Center.  A nice person wanted me to "paint it again."  An interesting exercise!

For the demo painting, I used photo reference that I had taken myself.  ( Nag warning!)  I explain this over and over in my classes.  If you must paint from photos, take your own, not one from a magazine or elsewhere.  Taking the photo is part of your own vision, feeling, and interpretation of the scene.  Taking your own photo reference is a direct link to your work.  The best way to paint is from direct observation... but sometimes it's not possible.  Children and birds don't hold still, etc. Or in this case, the plant was long gone.  However, painting from "scrape" reference can be good practice, but change it a lot and make it your own.  DON'T BE A GIANT COPY MACHINE!!!

Here's the blue acrylic underpainting for the 2014, new version above.  I like the way bits show through in the final layers.  Adds vibrancy and unifies the color scheme.
And instead of using my photo reference... I used my demo painting as reference like a thumbnail sketch.  I let myself nudge and improve it here and there, but still attempted to create the "same" image.  The same but at least in my opinion, a lot better. 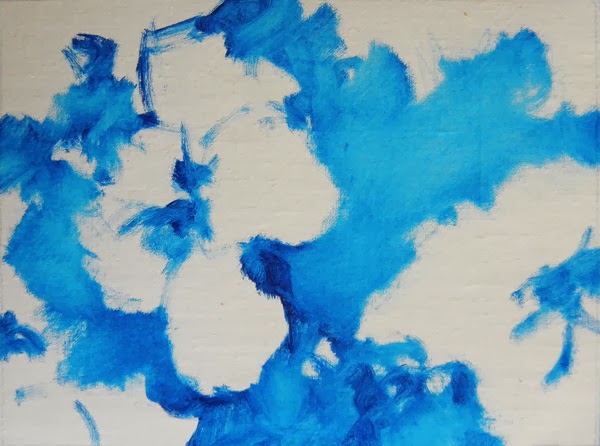 If acrylic is thin it's fine to paint oil on top, but never paint acrylic over oil!

This is the 2013 Hibiscus Demo.  Blue acrylic underpainting. 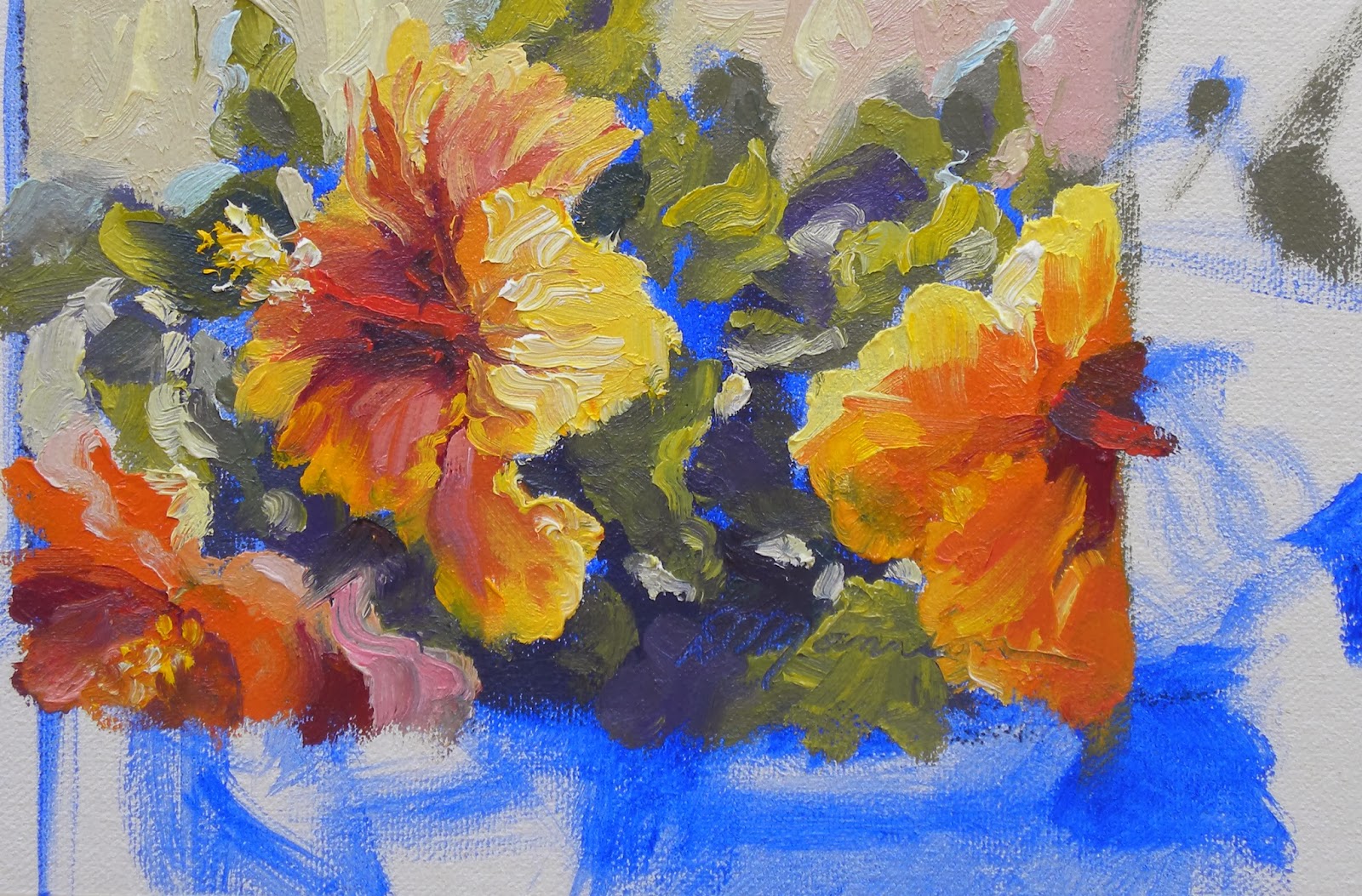 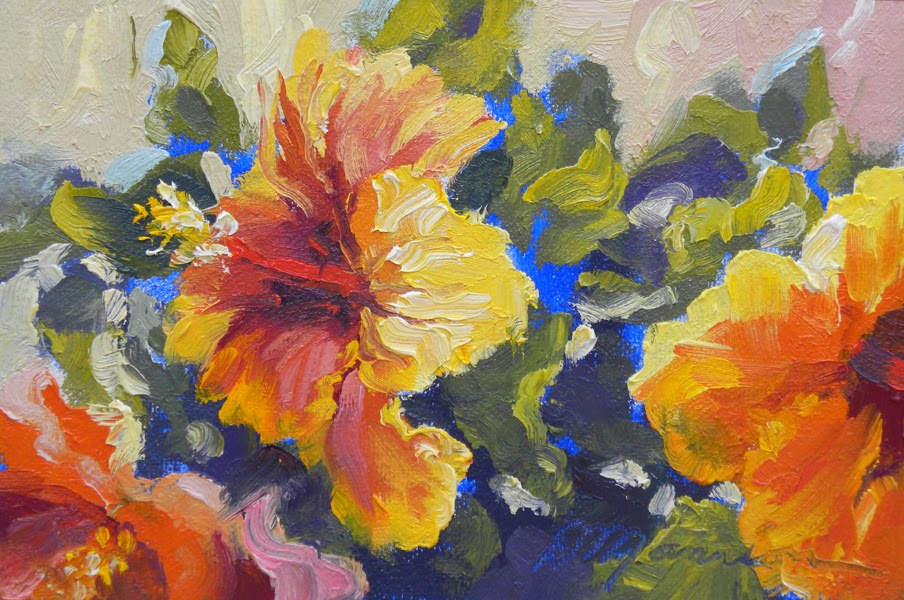 The new version took forever to dry!  Although the paint was thick, it took an unusually long time.  Oil paint oxidizes rather than drying.  Can take a few years, but it's usually dry to the touch in a week.  The only thing different has been the weather down here in SW Florida.  It was actually so cold we had to close the doors and windows!!!  Did not have heat on, instead wore sweatshirts (got to wear long pants!) and used extra blankets at night.  SO... I think it was the lack of air movement that caused the paint to stay wet longer.  Next time, I'll take my wet painting for a ride in the car with the windows open.

I am such agreement about the photo reference thing, how can you paint from someone elses' photo? I've tried it before and something is missing. Love the plein air and the idea of re acting. But I see it's sold so congratulations!!

Thanks, Anne! Yes, I was pleased when Bidwell House sold right after I posted it.
It always comes as a shock to some people when I tell them that working from another photographers work is using that image without permission! The life of painting happens between the subject and the artist. Just go out and paint a tree... or paint your teacup! It's more alive, has more energy, is more interesting to the artist than someone else's photo.

Bold and beautiful with great color and amazing style. :)

Thanks Susan... it was a joy to paint!