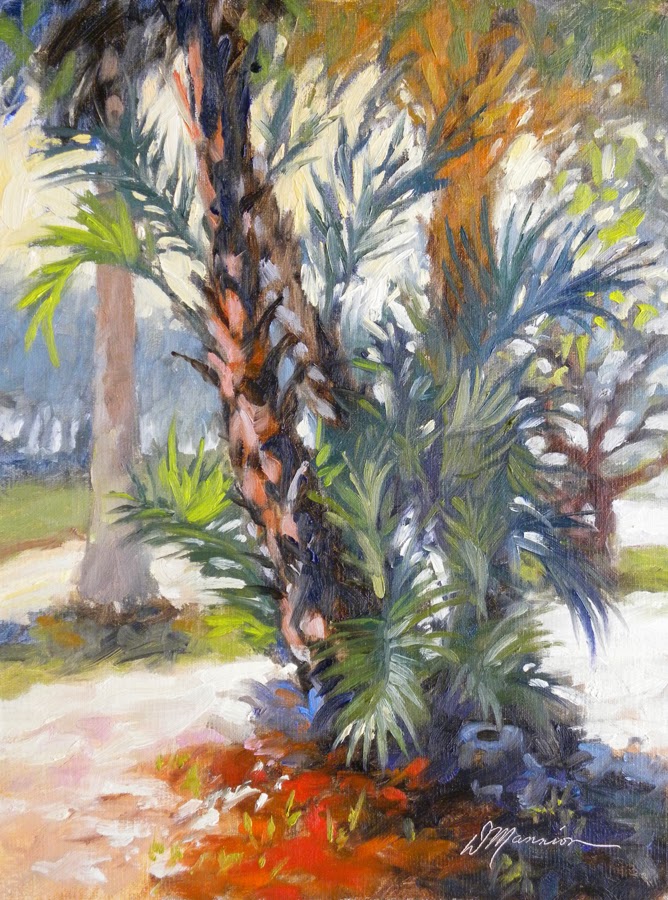 Painted with the Punta Gorda VAC Plein Air group this morning at the Fishery in Placida.  Weather was as bad as the last time we painted there about a year ago.  Typical Floridian downpour which may last all week.  Painted this while sitting in my car under the raised hatchback.  Still managed to get everything totally drenched... at least oil and water don't mix.

Drove over this morning thinking no one would show up in this deluge, but seven hardy souls were already massing in their sketches while standing under an overhang on the fishery building. 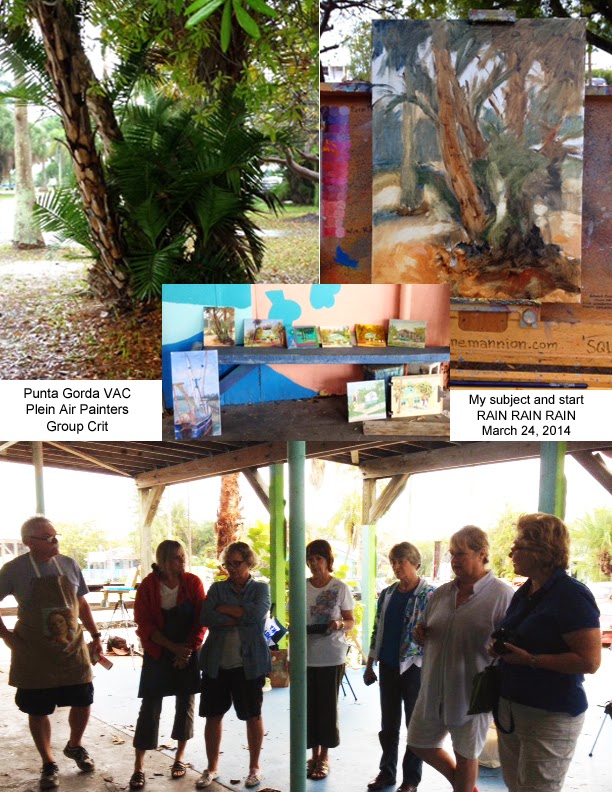 Above is my one hour start and later finished at home.  Used ultramarine blue and transparent red iron oxide for underpainting, wiped out lights with Gamsol, and added a bit of green.    This first layer was simply to mass in darks, patterns, and establish path of lights.

You are so good at painting light and shadow. And here I notice the importance of enhancing certain colors to create a more interesting balance... and to increase the drama and the depth. WONDERFUL!

Thank you thank you, Susan!