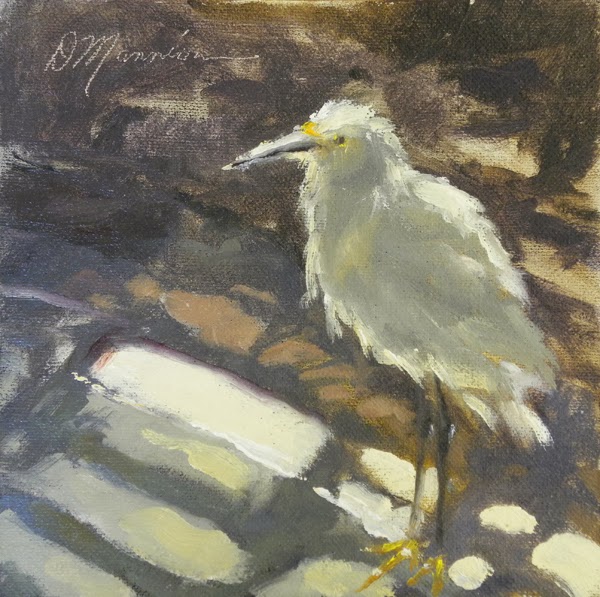 SOS, Save Our Seabirds, Part 2

Sunday morning at Save Our Seabirds, Sarasota, Florida.   Over 2000 birds treated and released each year!  Fabulous place, worthy of visiting... across the road from Mote Marine.  Saw sandhill cranes that actually had artificial legs!  Amazing.

This little egret did not hold still at all!  He was standing in the sun when a keeper came in to scrub his cage (wish I had someone like that around my house!).  After the cleaning, the pool was filled with fresh water and a large bowl of fresh fish put out for each resident... the egret shared his quarters with two night herons.

Had started this painting before the pool was filled, so locked in the shadows first.  Knew my model would not hold still for long, snapped an iPhone photo for reference.  Kept glancing between the real bird and the photo... could see much more color in the real life version.  Was interesting to actually see in the moment how the photo did not capture many colors or values.  The bird was almost pure white in the photo.  It's SO important to paint directly from life as often as possible.
My painting location: 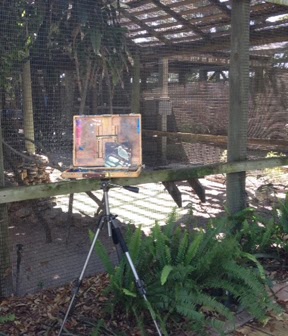 Some young people helped remove a fishhook from a pelican's wing.  Lucky bird survived and would be released that night.  The record number of fishhooks removed from one bird was 19! 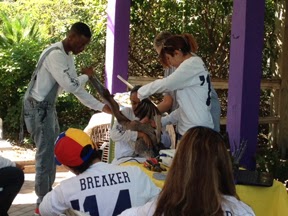 Here's the Light Chaser Gallery (inside and outside) for the weekend!
Pam sold lots of paintings for us. 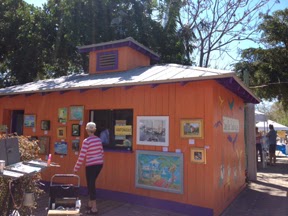 Terry Mason, our fearless leader, painting in all her glory! 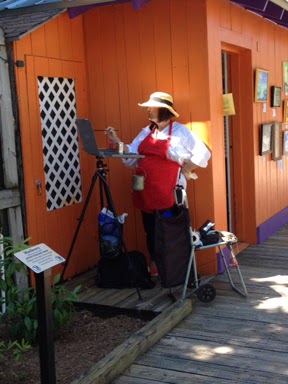 A bird handler... holding a barred owl who had only been in training for six months.  Bird was blind in one eye, so could not be released, but seemed to enjoy all the attention.  All the birds in this facility were content, pampered, and carefully kept.  A joy to visit! 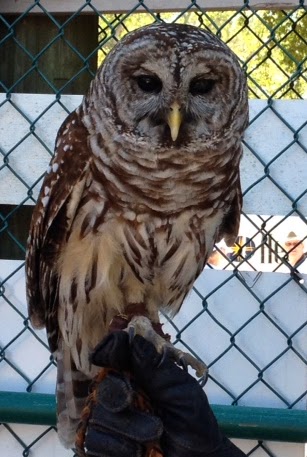 What a wonderful interlude for you Diane painting at SOS. Great to get a behind the scenes look at what is going on. You certainly got a lot of shades of "white" in your egret taking the real life reference over the photo. Beautiful! Love the owl too!

Thanks, Wendy. It wasn't behind the scenes... the public got to see everything I did. But it was great hanging out with the birds over a weekend. Spent more time there than a visitor would have.

love this painting and then read how "in the moment" it was. fantastic lighting and painterly strokes!

Thank you, Johnna. There's something "immediate" that only direct painting from life can capture.