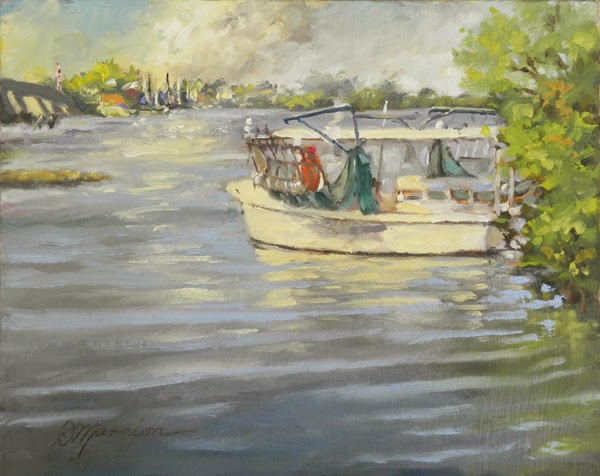 Set my easel up on a rickety dock near the Bait Shop on Beach Road last week, and as usual... the boat I started to paint... left.  Took a snaphot.  Continued the painting leaving a "hole" where the boat would be and worked the rest like a "stage-set" to finish later.

Wish it had painted itself like my Whidden's Marina painting in the last post.  This one was a struggle.  Scraped twice and almost gave up, but I think I learned a few things in the process. 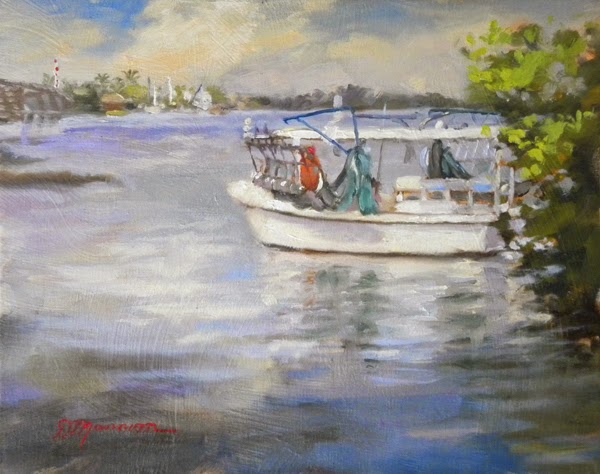 This is how it looked before the second scraping.  Whites were too cool and chalky.  Warmed the white with Indian yellow and after lots of fiddling, noodling and overworking, managed to salvage it.  The re-vision captured the hot and humid Floridian feeling... and at least I didn't have to scrape it again!

Me having fun handing out ribbons to some of the winners at the Punta Gorda Exhibition I judged last week! 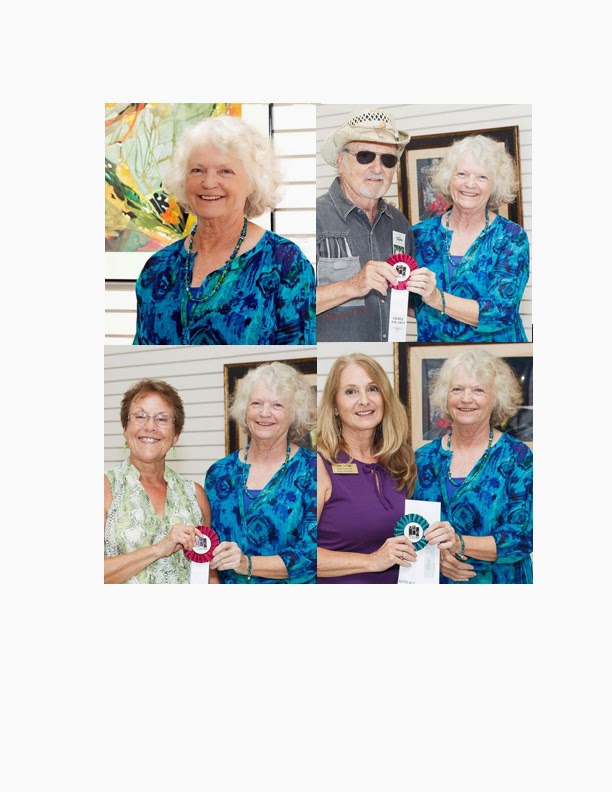