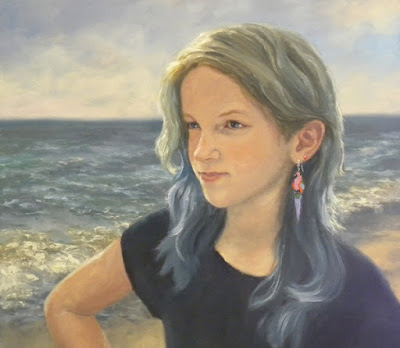 Portrait of Rachael who's almost 13!  We went to the Sarasota Jungle Gardens and both of us wore the same parrot earrings, perfect accessory for visiting those colorful birds.

This painting was a struggle because of the blue hair which was fading back to blond.  Pulled out every tube of blue and found ultramarine mixed with burnt umber came closest.

Record of my struggle: 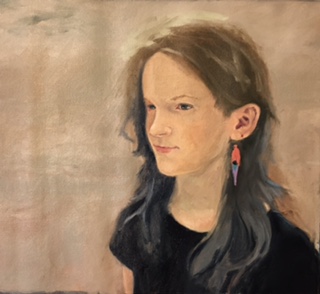 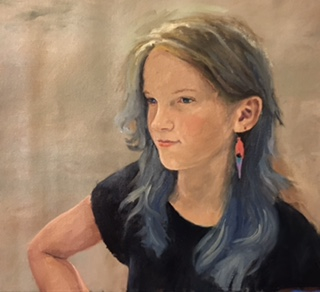 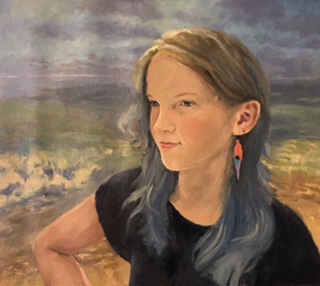 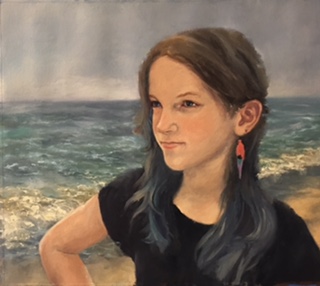 Lots of changes!  Decided early on that the arm was needed, first pose was too stiff… that elbow added lots of character.
(Pardon the canvas wave, it's not stretched yet, just taped to a board which I'll mount it to later).