Rebel and the Sexy Lady 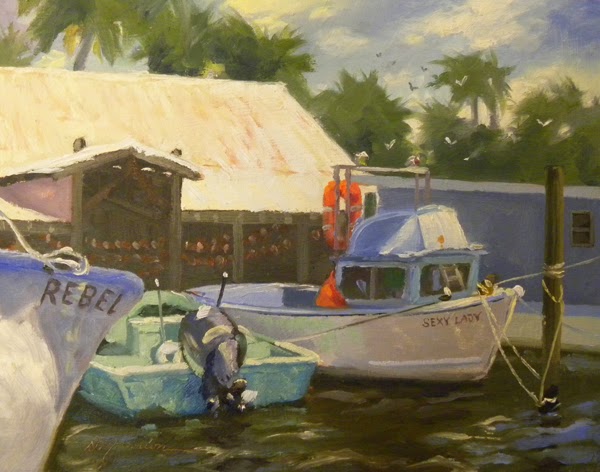 This view is from a dock in Cortez Village and it's the only place I painted during this paintout, except for the Quick Draw on the Riverwalk (RR Bridge).  Went back several times because of the ideal shade and parking.

Rebel... only painted the best part, the rest of the boat is mostly ruble.  And after my block in, it swung on the tide and wind and completely blocked my view.  Here's what is looks like, poor boat.  The bow, the part I painted with it's name, is the only thing left.  Maybe someone's restoring it? 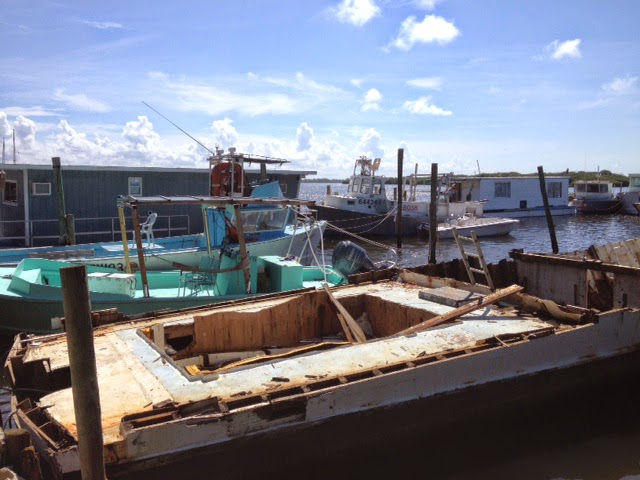 Met a few other artists on the dock the first time, but on other visits I only had the company of some friendly local fishermen and other creatures like my buddy, Mr Heron. 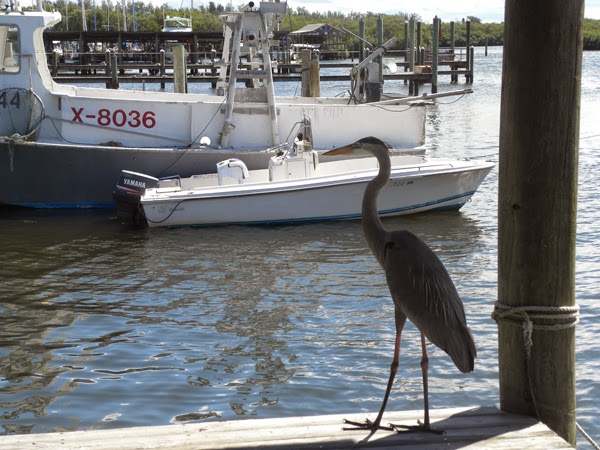 This is Zeke in his snappy white boots who had just saved a friend's boat from sinking.  I asked to take his photo, said I would paint him and he might become famous.  He said, "But I'm already famous!" 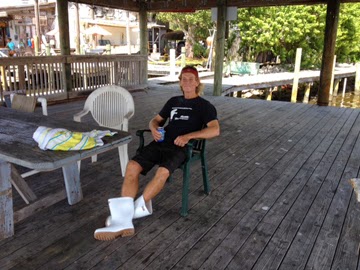 There had been a heavy downpour the night before and the bilge pump couldn't keep up with the water flooding his friend's boat.  Here's his friend and the sinking boat.  Maybe another restoration project? 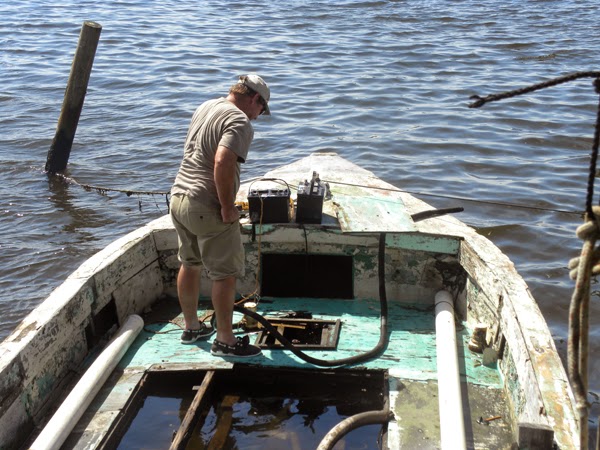 Will continue the rest of the story tomorrow.  Was only able to complete three paintings.  Cortez Village is an hour an a half from where I live, so I spent three hours driving (not including time getting lost!) each day I painted.  The paintout, including time driving at the end of the month to pick up the paintings... will total 15 HOURS driving!!! And I would rather paint than drive...
Updated this post to say... my sinking feeling about not doing another Bradenton Paintout has changed.  See the next post!