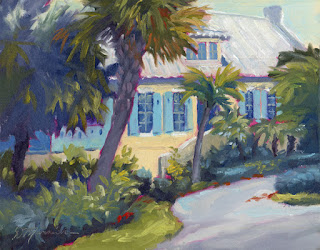 Diane Mannion, Banyan and Park, 2012 8x10" oil
Another Boca Grande painting, this house is on the corner of Banyan and Park.  I've painted it before, about a year ago.  2012 was painted on a cool, misty early morning.  And 2011 on a hot, sunny afternoon (image below).  Notice the Australian pine tree in the background has been taken down.  Too bad, it's one of the things I liked about the scene in 2011, a dark contrast. 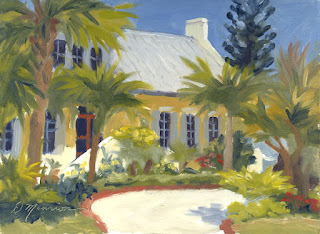