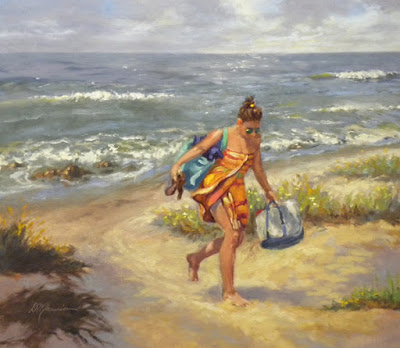 Leaving
(Or when is it time to leave a painting and move on?)

"Parting is such sweet sorrow…"- Shakespeare

Sometimes a title will come while painting, heard Shakespeare's words from Romeo and Juliet, and melded them with the woman leaving.  The title was much easier to create than the painting!

Did a small study last summer and wanted to see if it could work in a larger size, also had a nice scrap of portrait linen, million bucks an inch, not to waste!   Stapled it to a board, set up my study and went to work.  Easy… I thought. 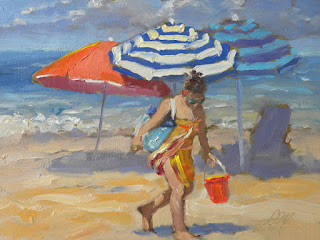 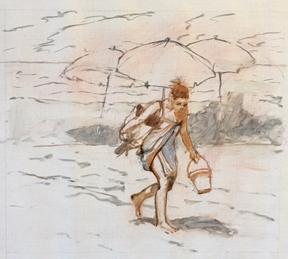 First sketch on linen with charcoal, then thin paint, which also showed composition "movement," sort of a zig-zag. 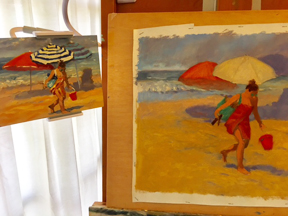 Study set up next to linen scrap stapled to board. 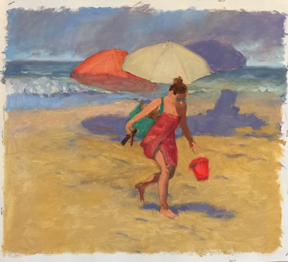 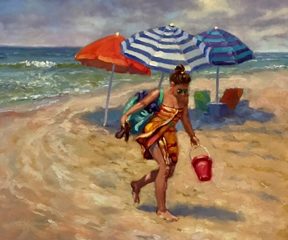 Got it to this point and decided I didn't like it.  Sigh.  Those umbrellas were giving me a headache! 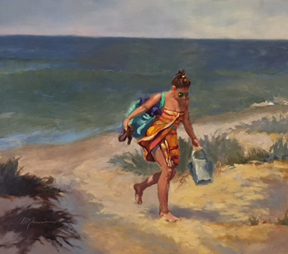 Blocked in new masses for background.  Pushed darks and lights. 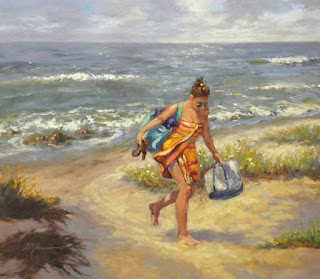 Final painting after changes.  And finally… I like it.

Many of my paintings are available at the Hughes Gallery, Boca Grande, FL!!!
No comments: