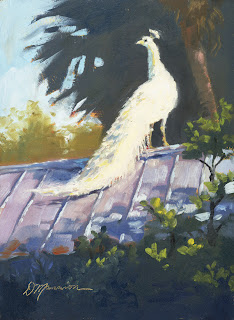 This magnificent bird put on quite a show at Doc's Farm, Florida.  Painted there for a morning with several artists while peacocks were blooming all around us.  Here's a photograph of this fellow doing his dance before he flew up to stand on the hot, tin roof. 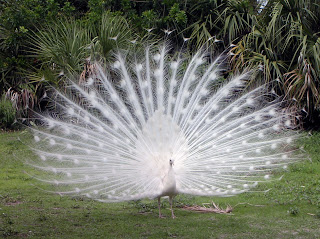 All the other peacocks were the usual colorful kind, but this white one was a wonder!  It was amazing to hear the rattle of feathers while they strutted their stuff.  All the hens, dressed in rather drab colors, did their best to ignore the mating dances.
I did two small studies before painting the final that helped me decide on composition and colors.  And not wanting to "waste" any thumbnail sketches, I polished and signed them as finished. 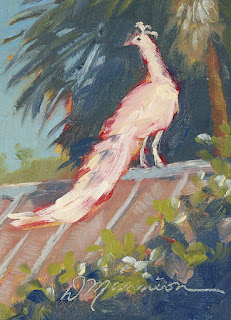 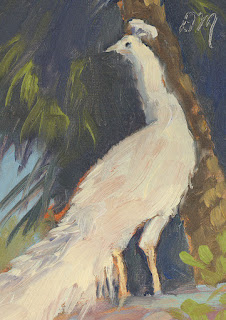 I liked both thumbnail studies, but picked the first one for the final because it best showed the bird up on the roof.