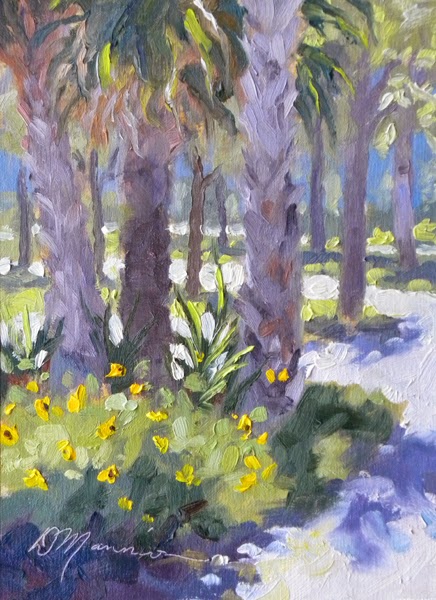 Small study painted in Osprey yesterday.  Thought a 7x5" would be fast... wrong!  Have been obsessed with tree studies lately but should have picked a less complicated view.  Simplified background, made it lighter and more blue for atmospheric perspective.  Pleased with the light, color, and the feeling of the moment. 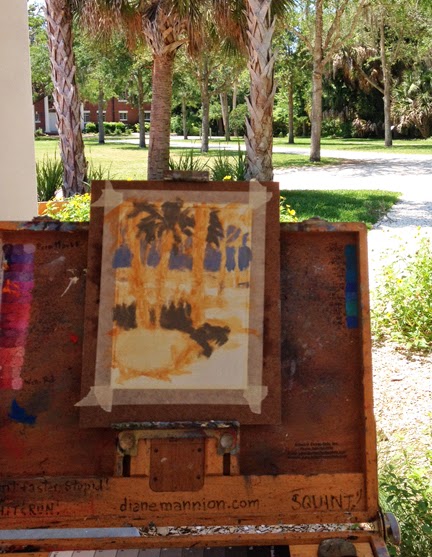 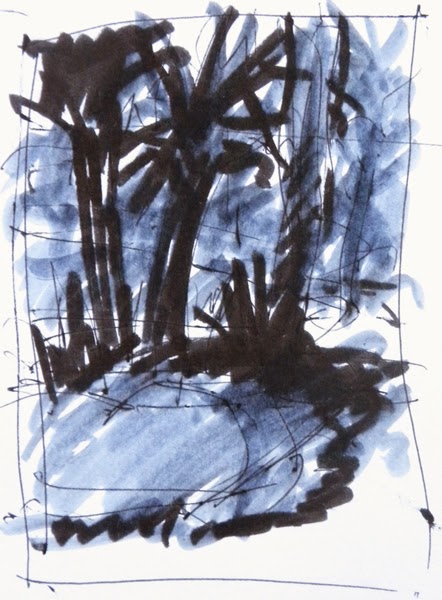 Thumbnail sketch.  Had to "transplant" a few trees to fit my design.
Signed it with out any more fiddling.  Have ruined too many field studies by tinkering later in the studio.  There's a feeling of immediacy that's lost when these studies are touched up later on.  Perhaps a stroke or two, a finger smudge but nothing more.  Much better to use them as reference for new paintings.

It so interesting to me to see how you go about studying the scene with different mediums, and how you move the composition around from what you're seeing to what will look best on the canvas... you're such an accomplished artist!

Thank you, Katherine! It's an endless learning experience... good thing it's fun.