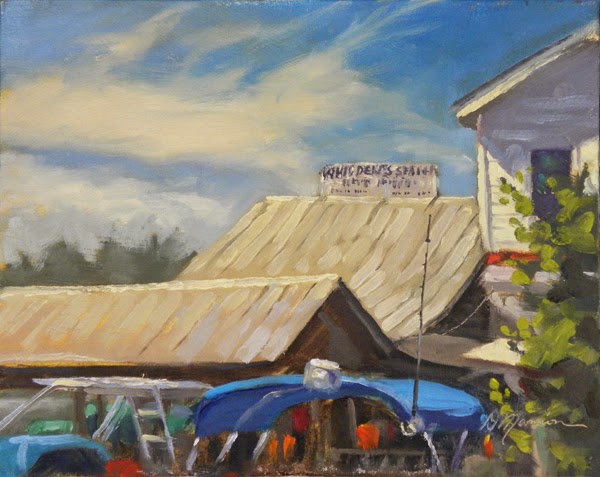 Plein air painting's a lot like fishing... never know what you'll catch.  This morning I hauled in a good one!  Doesn't happen that often.  Everything was completed on location except for lettering on the sign.

Whidden's Marina was founded by Sam Whidden in 1926!  Run by the Whidden family ever since, it's one of Boca Grande's oldest marinas.  Was once a dance hall and restaurant!  Still has plenty of "Old Florida" character.

When I first looked at the scene, I was not inspired, almost left.  But thought someone else might show up from the VAC Punta Gorda Plein Air Artists, even though fearless leader, Sharon Yarbrough was ill and cancelled.
Planted myself on one spot and simply let the the paint fly.  Good practice painting something that I thought would not work.  This scene let me "discover" it.  The colors and shapes, even the clouds worked together.  The more I looked, the more I saw, but still attempted to simplify.  I was thrilled at the last minute when I noticed the fishing rod attached to the boat that led right up to the sign. 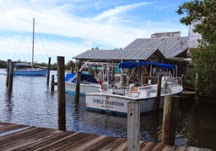 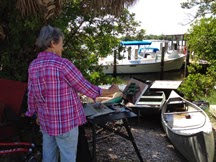 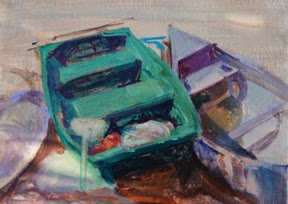 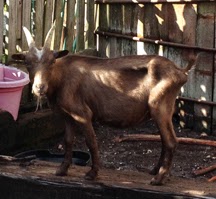 Goat that bleated all morning.  Yes, goats and pigs at a marina! 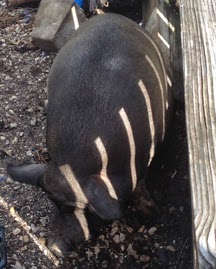 LOVE IT! Love the sky! You pulled off another great painting!

Thanks, Kathleen! Wish they all worked out that well. But then, it wouldn't be a challenge... and I'd stop pushing myself to get better.