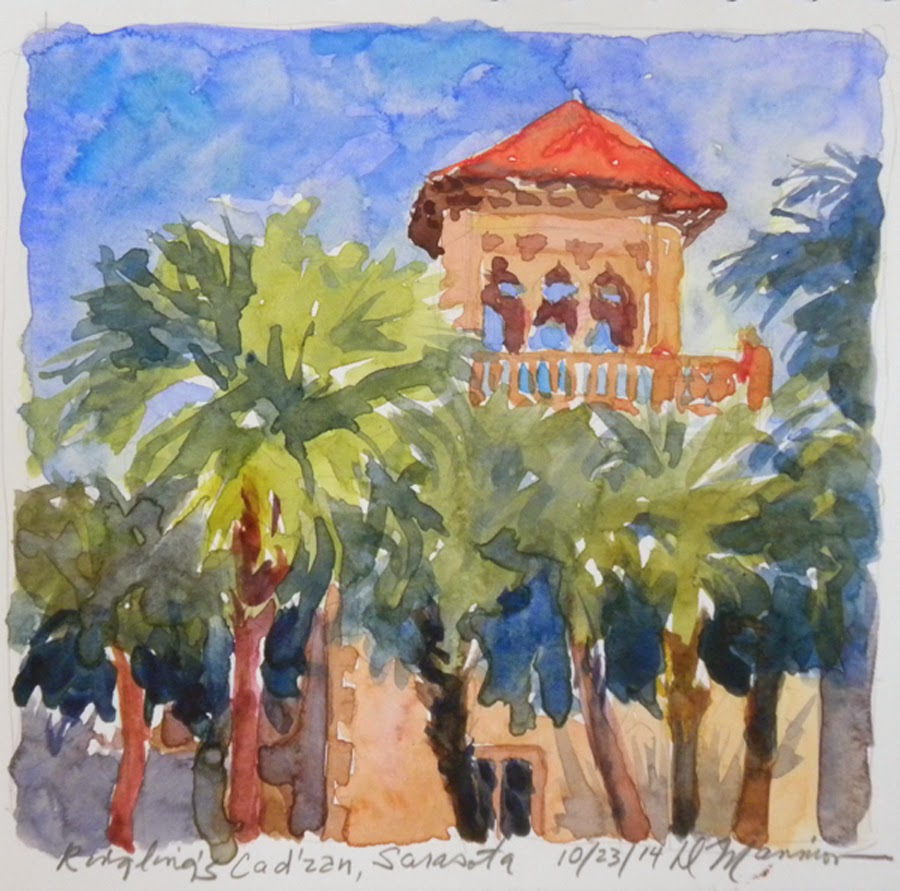 Artist and Light Chaser member, Vladislav Yeliseyev gave a demo this morning on the Ringling Museum grounds surrounded by admirers.  He talked about how important drawing, perspective, and proportions are and spent a lot of time doing a beautiful pencil sketch for his painting.

Instead of doing a thumbnail by drawing the box first, he drew a large image and cropped it the way it would work best as a painting.  He carefully considered values at this stage, keeping his sketch as simple as possible.  He demonstrated how to enlarge the sketch my measuring proportions when drawing the image on the watercolor paper.

During the painting stage, he became the painter, instead of the designer.  He painted rapidly wet into wet, sky first, then broad washes elsewhere.  Careful planning, loose technique, and extraordinary skill produced a finished product worthy of the applause! 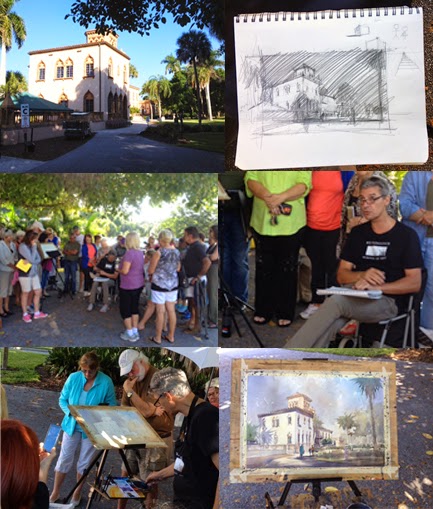 Afterwards, the artists scattered around the grounds producing their own masterpieces.  I painted two small sketches before heading home... a great day!  Will post second sketch tomorrow.