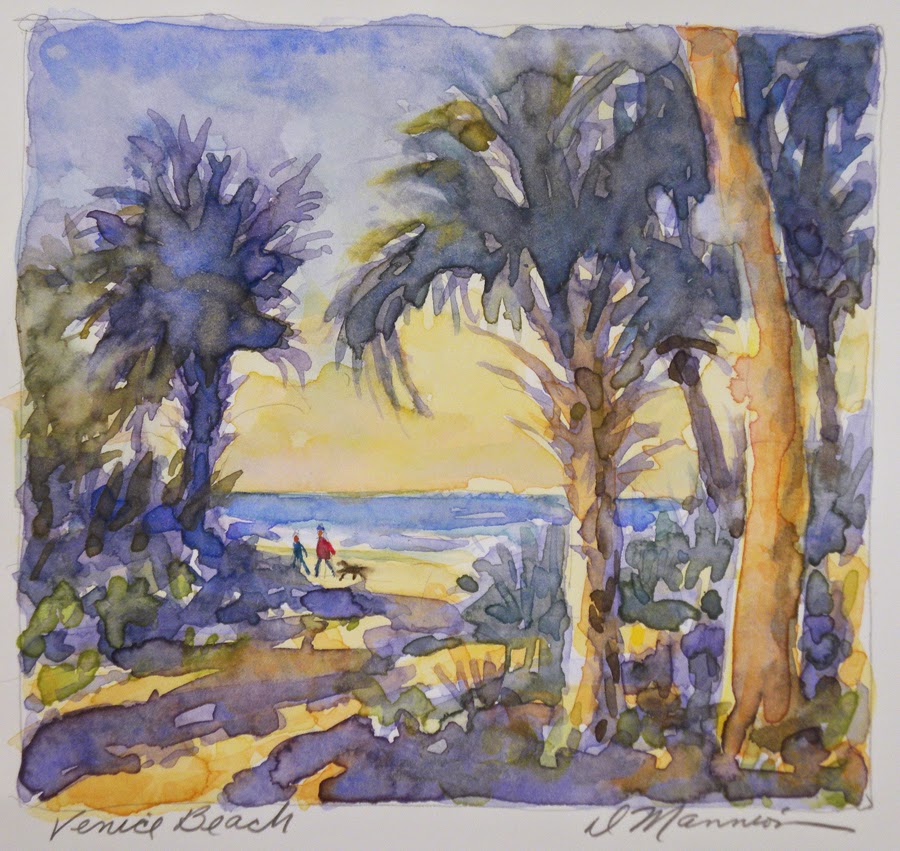 Watercolors go everywhere with me now.  They can go where oils cannot.  I'm not giving up on oils, far from it... watercolors help me see in other ways.  I'm a shy artist when out alone.  Don't like folks knowing what I'm up to.  If I were writing in a journal, no one would bother me... but drawing or painting are people magnets.

Would not want to set my easel in the middle of a crowd... although if I'm with other artists, it's fine.  If I know just one other artist is down the street, I'm fine.  It's just the way I am.  A ham while with others, shy when alone.  So stealth sketching is the answer for me.

There are a few places that feel comfortable painting solo, a local park, a nursery, certain areas on the beach.  This morning, I asked permission to paint in a boat storage yard... promising to stay out of the way.

The owner said fine, but if a boat owner is around, I should ask permission first.  He said some folks actually don't like to have their boats painted!  Another artist reported the same thing about painting a street scene when a home owner came out all upset that their house was being painted!

No one owns the view!

So my solution to painting solo is to remain invisible!  My tiny 8 pan Schminke watercolor set (new, that's why it looks so neat), along with a small sketchbook and brush, are lightweight and fit in my purse.  My Winsor and Newton box on the left works great when I'm painting with a group.  Made the color chart to acquaint myself with the Schminke 8 pan colors.  There's still room for four more!
And it even has a built in flask and water cup.  (I'd rather buy art supplies than diamonds!) 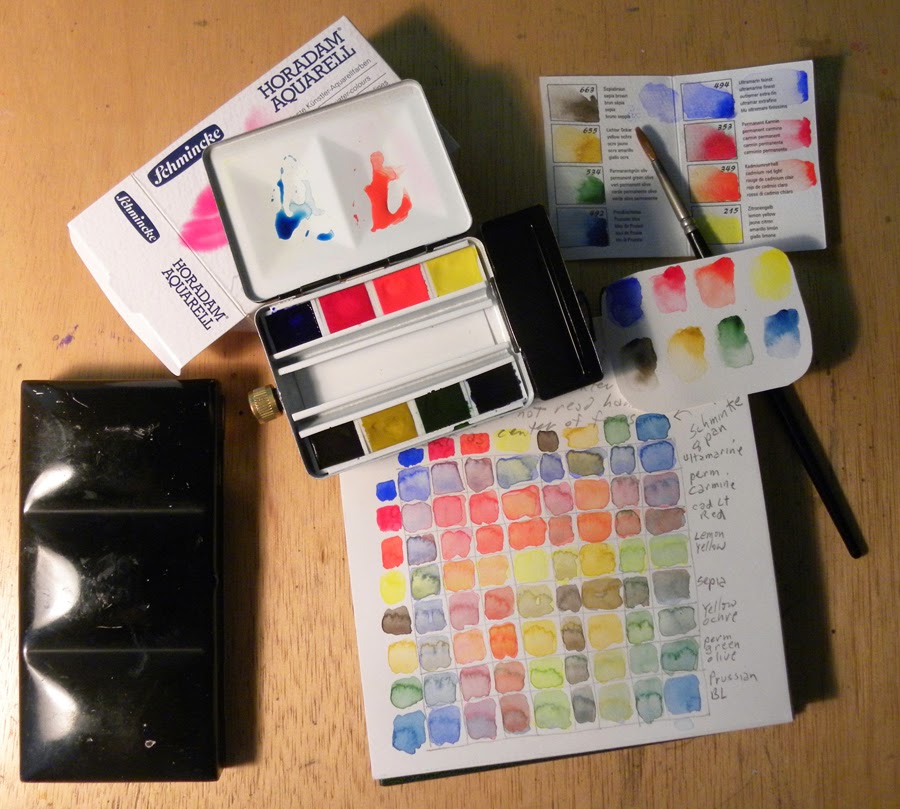 I know I'm not the only artist that enjoys some privacy when painting in public.  One mentioned how he liked finding a spot with his back against a wall so no one could creep up behind him.  Another doesn't like velcro because the sound alerts folks to what he's up to.  Another artist does stealth portraits on a laptop converted to a paintbox and paints in coffee houses.  Jamie Wyeth built a box to shield him from tourists.  Robert Genn (who sadly is no longer with us) had a van that was a rolling studio, windows, hanging easel, could park in the middle of a city, even at night and no one would know he was painting.

While in art school, we were told to sketch people on subways... but to be discrete and avoid eye contact!   So I've added a large pair of dark sunglasses to my artistic cloak of invisibility.

But if you do happen to find me painting... please don't tell me about your aunt that could really paint.  And don't try to strip down and pose naked in front of me... unless you're really good to look at.

Thank you for your blog! Love this post! I also like to be anonymous when painting alone plein air. I like using watercolors and watercolor pencils for this. It's surprising what can be done with a paint box with a limited palette and a small to medium brush. Also they are easy to schlepp in a pack or purse!
Gwen

Gwen Sylvester! Welcome to the Anonymous Artists Club, you're one of many. Nice to know we are not alone, really!