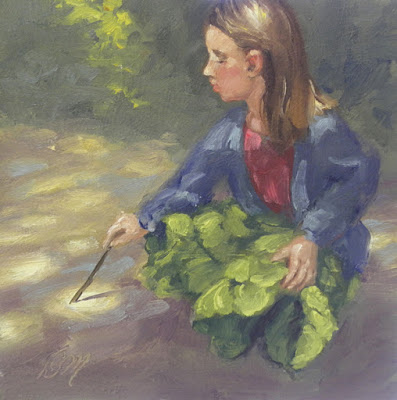 Figure position taken from old snapshot of Rachael.  Changed everything, even invented a new character.  There WERE sunspots though and that's what I wanted to paint.

First attempted to have figure on beach... did NOT work out.  Shady light of a garden worked best, after all, that's where the original pose happened.  In Brooklyn, in a cemetery...  Actually, it was a great place to go for a walk, lots of sculpture to check out in this famous, historic location, Greenpoint Cemetery where some of our ancestors reside.  Rachael was not impressed. 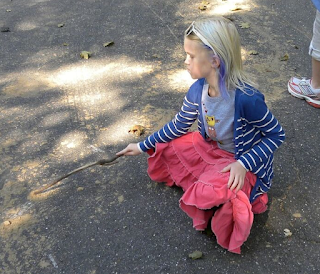 An early attempt...   Was going to call it Line in the Sand. 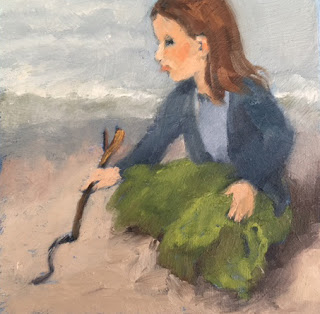 Still not working here, but closer once I added garden and sunspots and adjusted proportions. 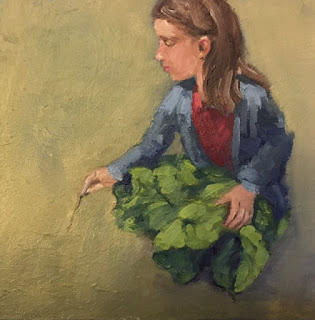 Beautiful and I love the skirt.

Thank you, Nancy Faris! That was the easiest part to paint.