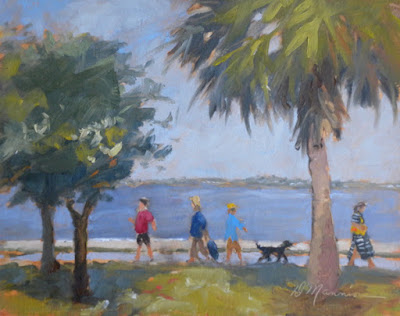 Painted with the Peace River Painters last Monday.  Someone mentioned that my figures were too short.  Originally, I had their heads on the horizon but as I painted them they got shorter and shorter.  Was trying to make the heads smaller and in doing so, kept adding more background blue from the harbor water.  I've read somewhere that if you keep the heads small, and almost no feet the figures will look more elegant.

Most perspective instructions base the viewers (my eyes) level with the horizon... with the viewers feet on level ground.  In this case they were... but what if I were standing on a small hill would these figures be correct?  They could have been children or short people.  Also noticed people on the beach last week didn't have all their heads on the horizon. Will have to investigate this and report back later.  Tricky subject indeed!

If you want to learn everything there is about figures in perspective or other classic art information, I suggest the books by Andrew Loomis!!!  I downloaded FIGURE DRAWING FOR ALL IT'S WORTH... here.  This master teacher of illustrators during the golden age of illustration wrote several books.  His family wants them to be free for artists and instructors, but I hope new editions will come out in print someday.  This page from his book that may help explain this "tricky" figure in perspective subject in a much clearer way than I would be able to: 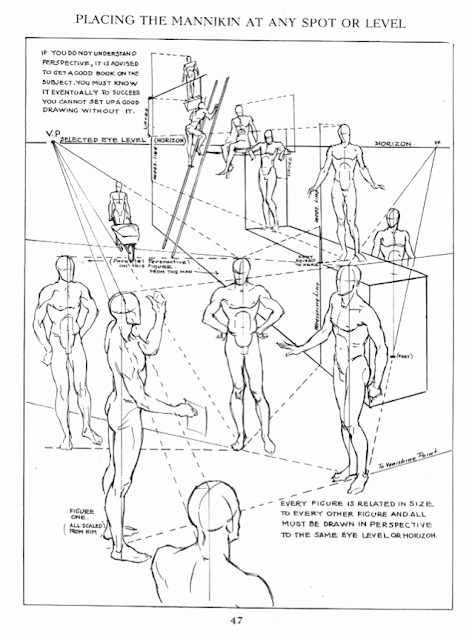 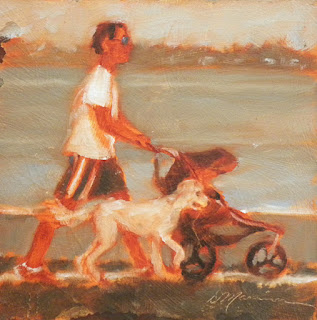 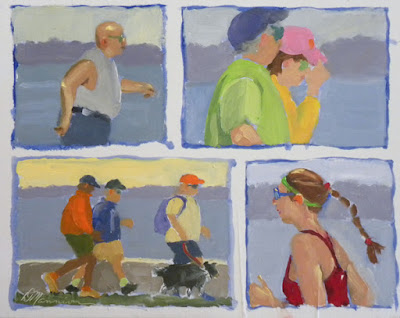 A few fast studies from snapshots taken last Monday.  Sure were a lot of portly walkers! 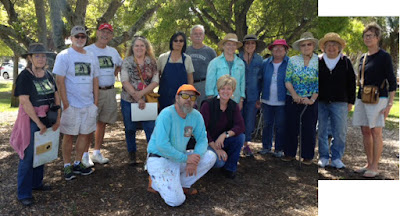 My not-so-portly friends and critics from the Peace River Painters with their heads both on the horizon and in the clouds!